11 Bad Bosses That Are Bad News for Employee Retention

Do you have an employee retention problem?  Notice a spike in staff exits in a particular department?  Anticipating a coup at some point?  You may very well have one of these bad bosses on your payroll and need to address the matter sooner rather than later in order to prevent a mass exodus and future recruiting issues, especially in the current market where talent is hard to come by. 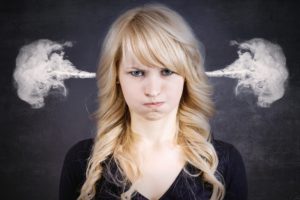 Employees walk on eggshells around this loose cannon, never quite sure what will cause him/her to blow or when a volatile eruption might occur. The uncertainty and fear of being belittled in public leads to a lack employees freely sharing their ideas, concerns and insights and ultimately results in a rush for the exits to escape.  This toxic atmosphere can also lead to hostile work environment claims or other harassment suits. 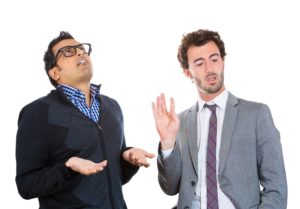 What ever anyone has done or knows, this guy or gal has done it better and/or knows way more.  This manager is a master at destroying any sense of accomplishment or pride an employee feels after a significant achievement. Their success is short lived before the boss has to one-up them. 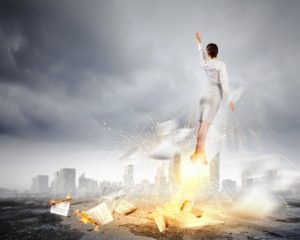 Typically due to lack of time management and proper planning, this is the boss who makes every single task a fire drill.  This manager also is incapable of prioritizing and thus everything is due at the same time…yesterday.  Can you say employee burnout as fast as they walk out the door? 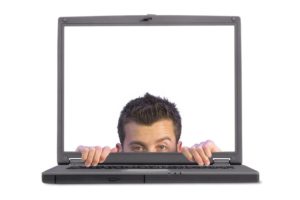 He/she lurks around every corner, honing in on every detail of an assignment/project, likely taking more time to have employees constantly provide updates than allowing for actual productivity.  Without autonomy to do their jobs, employees will take the reins on finding themselves new ones. 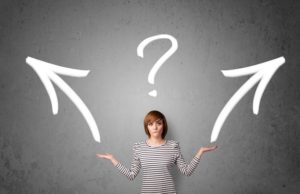 Instead of making bad decisions, this boss opts for making no decisions whatsoever. With no real sense of direction, lost employees set about what they believe is the best course only to be rerouted back the other way a few days or hours later. Employees who grow tired of the listlessness will probably say they blew out because of this flip flop. 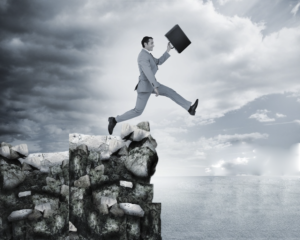 After years of constant effort to climb the corporate ladder, this manager has reached the height of his or her success.  Very often he/she was a star employee who excelled in skills and knowledge, but has hit the limits of his or her capabilities.  Employees are secretly screaming “look out below” scattering to avoid being crushed under his/her fall from grace once upper management discovers their succession planning error. 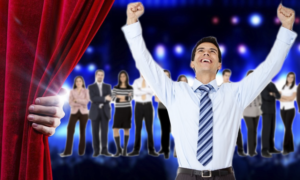 Though this boss probably lacks any real talent of his/her own, some how he/she always manages to take credit for any work performed by the employees who report to him/her.  While some introverted employees may shy away from the limelight anyway, no employee appreciates someone taking credit for their hard work and you may soon find them covertly exiting stage left. 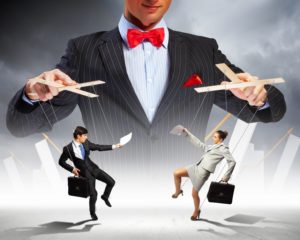 Whether someone up the chain of command or a persuasive underling has this manager’s ear, employees of this boss know that someone else is pulling the strings. Employees quickly lose respect for this manager and either circumvent them to go to the real decision maker or make their own decisions to resign their own role in this puppet theater. 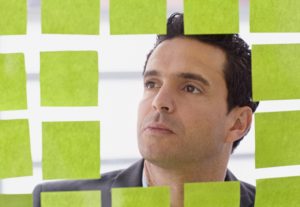 If you’re a stakeholder in a company that makes sticky notes, this boss may be a valuable investment for your portfolio.  Otherwise, employees will be left constantly feeling that they are in the dark or suffering from ongoing instances of deja vu and, much like this manager’s memory and to-do list, employees may do a disappearing act of their own.

Either due to a seemingly infinite number of PTO days, constant “business trips” or just being MIA during the workday, this boss can never be found.  Employees log the majority of their time trying to track this manager down to get answers to simple or complex questions or just work well without him/her.  At some point, management should be asking, “what is it he or she really does?” because you can be sure your employees are questioning it. 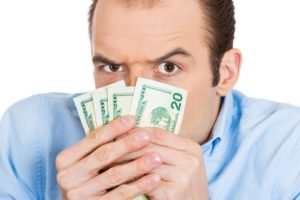 If your incentive compensation or bonus structure is a pyramid design where the bulk of funds are funneled to the top and earned due to the hard work of others, you likely have one or more of these managers in your organization.  He/she may try to convince direct reports that he/she continually goes to bat to get everyone more money, but management knocks them down.  In reality, it is going right into his/her pocket and when an employee leaves, this boss will see it as an “opportunity” to not hire a replacement and directly reap all the benefits while having his/her “people” pick up any slack.

What Can You Do to Identify and Address Bad Bosses?

It all starts with keeping track of your turnover rates and specifically those that are voluntary, also known as your “quit rate.”  Departing key employees are likely not to speak up in exit interviews recognizing that bridges should not be burned, so you will need to trust the numbers.  If you spot a potential problem early on, act quickly to take steps to address it either through management training, personal action plans or ultimately termination.  If you are slow to recognize the problem or choose not to see it or try to solve it at all, the employees who are being affected and already slighted by the actions of their bad boss will likely jump ship and you’ll soon find that your ship is sinking.

How can you calculate and track quit rates by manager/department?